I didn’t expect to see this film today, but my girlfriend surprised me with date night! We’ve both been working hard post-graduation and we needed a break. Unfortunately, I had to apologize to her on the way home for wasting her evening with such a movie.

*WARNING: If you haven’t read and/or watched The Circle, and you do not want anything spoiled for you, I suggest skipping this post until you do so. Sorry! Spoilers ahead.

Mae Holland, recently graduated from college and working a crappy dead-end job, gets the opportunity of a lifetime: she is hired by The Circle, the world’s most powerful internet company. Through The Circle, anonymity is eliminated — everyone’s accounts (social media, bank, email, etc.) are lumped together into one universal account. But they don’t stop there — The Circle wants to make everyone and everything known, or transparent as they like to say. When Mae goes transparent, allowing people to watch her every move all day, every day, her life drastically changes. As The Circle envelopes her, she soon has to make an important decision: is all of this too much? Or not enough?

Well, I have to say, the lineup for this film was outstanding! So many A-list actors! Emma Watson, surprisingly, plays Mae Holland, the naive, easily manipulated main character. In the novel, Mae is all-for The Circle and all it stands for. She has no problem going transparent, unearthing Mercer using SoulSearch, or turning against Kalden/Ty. In the film, though, they definitely tried to make Mae a more lovable character. Emma Watson is notorious for being a feminist. She’s also brilliant and typically plays strong female leads. So…I’m left wondering, Why did she agree to play Mae Holland, of all characters? I wasn’t a big fan of book-Mae. She literally represented misinformed, easily misguided, mind-controlled millennials. Movie-Mae was a little easier to like — she was very untrusting of The Circle, until it saved her life, so I kind of get why she slowly started to “drink the Kool-Aid,” as her character jokes about early on in the film. And at the end, she kind of turns out to be this heroic figure, though she is still playing on the same side as The Circle, honestly. I get it — they were trying to make Mae more likable, more feministic, more heroic, but it just didn’t work, in my opinion. I love Emma Watson, I truly do, but this wasn’t her best work. I’m sorry, but I can’t get into her American accent! She’s far too British (and obviously so) to be playing an American. She didn’t seem to really become Mae Holland. I hate to say this because I love her dearly, but this just wasn’t a good role for her — it didn’t fit.

Another big-wig, John Boyega, also played an important role in the film, though he didn’t get a whole lot of screen time. His character was also drastically altered. In the book, Mae is seeing two men: Francis, who was cut out of the film entirely, and Kalden/Ty, who Boyega portrays. Best known for his role as Finn in the Star Wars franchise, Boyega did a great job as Ty, though he really wasn’t in the film too much. He plays a large role in the book, and I was surprised at just how little screen time he actually received. He’s a great actor — he should have gotten a bigger role, like intended. 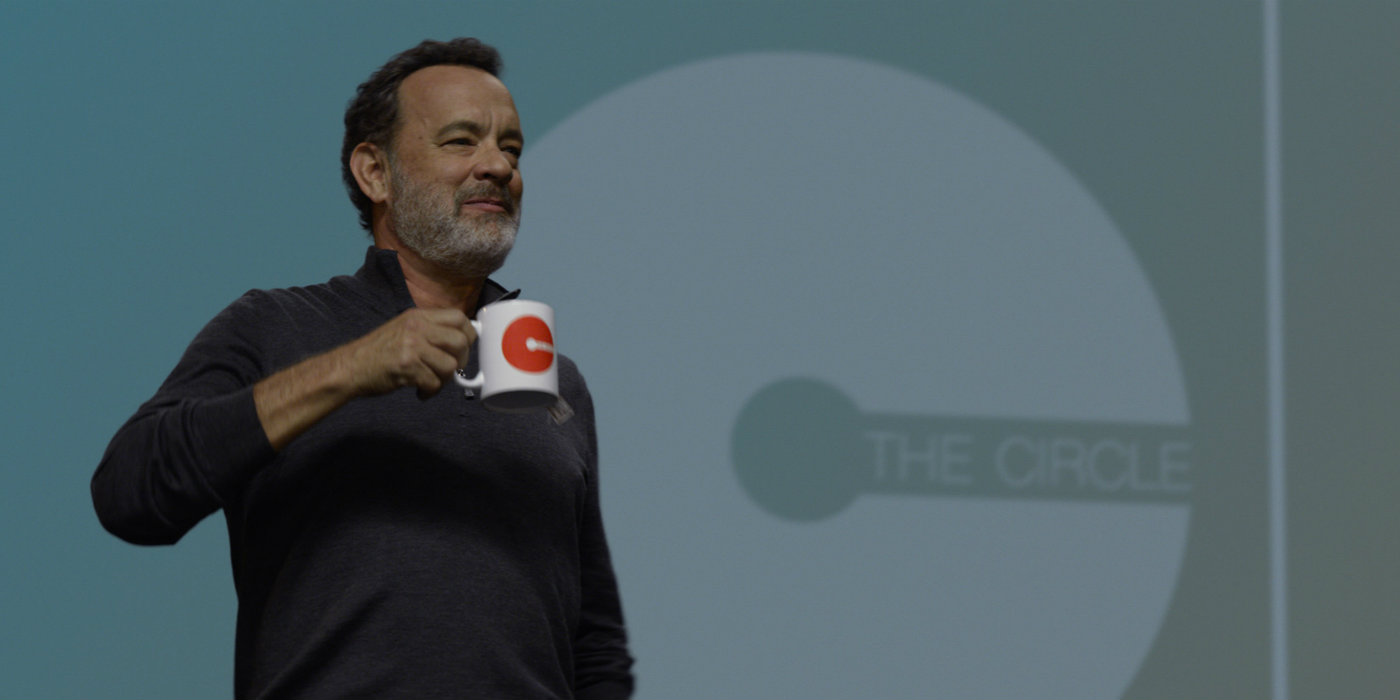 Perhaps the absolute best casting choice and actor of the film is Tom Hanks as Eamon Bailey. Talk about perfect casting… Hanks is exactly how I picture Bailey throughout the novel and he did a fantastic job. Everything from the way he looked to his mannerisms and the way he talked was perfect. He looked like such a dad, rather than the secretive CEO he really is. Tom Hanks just looks so trusting. It was a perfect fit, really.

I thought I’d also mention Karen Gillan, who plays Mae’s best friend and superior, Annie. Though I loved Gillan’s accent, I wasn’t a big fan of her acting. She isn’t how I pictured Annie at all, and she had strange mannerisms that didn’t fit the character. I looked her up and discovered she also plays Nebula in the Guardians franchise, which surprised me because I love her in that role! I wish she could have brought that kind of talent to this film. To be honest, though, it wouldn’t have mattered, because this film was a trainwreck. Also, I had this really big issue with how instantaneous was her dissent into madness. In the book, it’s obvious Annie is slipping; in the movie, it’s like one instant Annie is all perky and professional-looking, and the next, she’s pale, disheveled, and wearing sweatpants, acting like a crazy person. It was not believable. It was disorienting.

One more thing: Ellar Coltrane as Mercer. Not. A. Fan. His acting seemed so terribly forced! He sounded fake. He was not as passionate or angry or anything like book-Mercer. He fell flat. Hard. On his cute, frustrating face. Oh, yeah, and that, too! In the book, he’s called “Sasquatch.” Ellar Coltrane is no Sasquatch… Come on, guys…

Okay, so I’ve been complaining about the fidelity since the beginning of this post, but I’ve got plenty more where that came from! This sounds like a total bitchfest and I’m sorry, but you’ve got to understand when I say this was not a good film. And though I’m going to discuss the fidelity, it’s not even that which made it a bad film — it was just a really, really bad film.

My biggest issue, the one that had me laughing out loud in the theater during a not-funny moment, was when Ty came out and told Mae who he was like 20 minutes into the film. WHAT!? That’s literally the climax, the big AH-HA moment, in the book, and they give it away 20 minutes into the film!?!? COME ON, GUYS! This revelation was so poorly written in the book that I’d hoped for all that missing suspense to wind up in the movie, but wow, was I wrong. They didn’t even wait until the end to let that cat out of the bag! And another thing — where was Mae’s romance with Kalden/Ty and the mystery shrouding him? I mean, I guess announcing Ty’s identity early on pretty much severed that plotline…

And speaking of romance, where was Francis? Where the hell was that pre-ejaculating little asshole? I disliked his character quite a bit in the novel… I was curious to see how the film would portray him, but I guess that’s not going to happen, now is it? Goodbye Francis (and goodbye Kalden), hello romanceless Mae…

Alright, so most of the other little (ahem, not so little…) differences I can live with. Even if those little things build up to create something really big and really wrong… right? But the ending… guys… the ending… really? You just had to make Mae a “hero.” She’s not a hero. And even with what she did, she didn’t really turn against The Circle and transparency, and she didn’t really help or betray Ty, so she’s not really even a hero! I didn’t get it. That kind of ending didn’t really do anything for me. I enjoyed the book ending so much better. Can someone please redo this film, please? Actually, on second though, the book wasn’t even that good, either, so please, let’s just let this story lie…

Wow, what an option…

Book. Definitely. Though the book was (too) long, not suspenseful, and not exactly what I hoped for in a dystopian sci-fi, it was a helluva lot better than this film. I mean, what even was that? The storyline was all over the place. It was jarring. The acting was not good, with few exceptions. It just wasn’t an enjoyable experience, especially as a lover of adaptations. I honest-to-god think that anyone, even those who haven’t read the novel, will not like this film. I had hopes it would exceed the book, but boy, being let down twice in two days is really not fun. Goodreads doesn’t have a high rating for this book, and critics everywhere are giving the film an even lower rating. It’s well-deserved. And that makes me sad.

One thought on “The Circle | adaptation review”